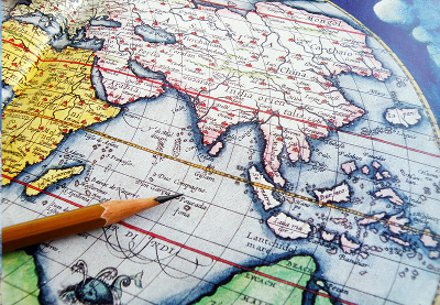 While it’s easy to get caught up in our own local headlines, there are plenty of exciting news stories about how vaping is growing in popularity around the globe. While this popularity brings with it its fair share of controversy, it’s great to see vaping being adopted by so many countries around the world.

For this week’s post we’re rounding up the top 10 of the biggest e cigarette news stories that showcase the state of vaping everywhere from Japan to Poland.

While the use and sale of old fashioned tobacco cigarettes in Japan has plummeted in recent years, vaping is booming. While cigarette sales dropped by almost 1% last year and the smoking rate dropped below 20% in 2014 (the lowest rate since 1965), the sale of e cigarettes and vaping devices increased by five times in the last year.

Japan’s vaping regulations can be seen as a little confusing, so now vaping is on the rise we may see certain guidelines being relaxed, while others are likely to be tightened. Currently, e-liquids containing nicotine are classed as pharmaceutical products and are strictly regulated, whereas nicotine-free liquids have no regulation at all and can even be sold to minors.

Australia has always had a complicated relationship with vaping but now the Australian branch of the NNA (New Nicotine Alliance) is urging the country to allow nicotine to be used in e-cigarettes, in a bid to encourage smokers to switch to vaping. Currently, the sale or use of nicotine in e-cigarettes is illegal in every state in Australia, though other restrictions vary from state to state.

With numerous examples of how vaping has been successful in helping with harm reduction in other countries, it would be great to see the Australian authorities open up a discussion about the future of vaping in Australia, so the population at least has the choice to make the switch to vaping.

The American Think Tank organisation, the Reason Foundation, has produced research suggesting vaping could eliminate smoking in the next thirty years and has appealed to the Hong Kong government to remove the city’s current ban on vaping products.

Hong Kong currently has roughly 600,000 smokers but, despite the recent backing vaping has received from the Royal College of Physicians and numerous other medical bodies, the sale of nicotine products to be used with e-cigarettes is still illegal.

In July the Polish parliament announced a ban on the sale of e-cigarettes to minors and vaping in public spaces where smoking is banned. The new laws came into effect last Thursday are likely to impact the vaping habits of many of the 1.5 million people who use e-cigarettes in Poland.

Vaping continues to grow in popularity in China and the country’s second Vape Expo will be taking place next month - a testament to the country’s rapid adoption of e-cigarettes. The four day Vape Expo will take place in Shenzhen and over 10,000 vapers are expected to attend.

While there’s still a long way to go, we’ve seen many countries start to change their attitudes towards vaping over the past year. It’s great to see so many nations dedicating time and research to discover what a positive impact vaping can have on their population, so we’re excited to see where these stories lead in the coming months.