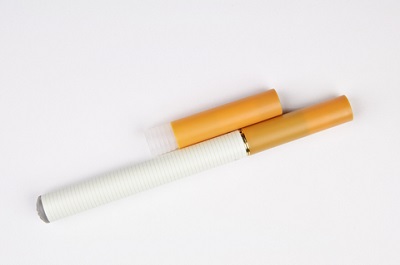 If you are new to vaping, you’ll notice there is a big divide. There’s actually more than one, but the initial divide you’ll find runs along the tanks vs. cartridges fault line. This is where, as someone who is looking to make a switch to vaping, you’ll be presented with your first real decision. While it isn’t an irreversible decision, it’s still a big one to start with. Especially when you aren’t completely sure of the differences between the two.

This is something we’ve heard clearly and loudly. People want to understand what this choice is and how they can possibly know which path will work for them. In fact, this topic can be broken down in a simple manner. Let’s dive in and see what the difference is between tank systems and cartridge systems, and finish up with our recommendation.

Generally, cartridge-based vapour devices will look a great deal more like a regular cigarette. When vapour devices were new to people, this was seen as an advantage so as to blend in with the crowd. Now, with the taboo against smoking so high, it may be seen as a disadvantage. Nevertheless, this type of system is distinguished by its ease of use. You have a battery and a cartridge. You vape. When the cartridge is complete, you simply throw it away and screw on a new one.

Getting pre-filled cartridges means you never have to deal with re-filling anything if you don’t want to. You get a consistent flavour and a good amount of vapour with cartridges. The downside is that the trade off to ease-of-use is the costs being higher than re-filling yourself. They also won’t last as long, as cartridges are generally smaller than tanks. Lastly, you have to rely on the flavours being sold, as you can’t mix any e-liquid.

Tank systems have become all the rage as of late, due partly to how mainstream vaping has become. Where it might have been strange to see someone puffing on a device that clearly isn’t a regular cigarette, now it is quite commonplace. Yet, the reason they have become so popular has more to do with their performance. Tanks generally are able to output more vapour than cartridges, their batteries hold a longer charge, and a tank can hold more e-liquid, meaning you’ll go longer without having to re-fill or replace it.

On the flip side, tank systems are generally bulkier and thus less stealthy. They do require that you refill the tank yourself, too. While it is by no means difficult to do so, it does require that you spend some time carefully refilling when you are out, as opposed to simply screwing on a new cartridge. Lastly, tank systems are usually more expensive to get up and running.

One nice bonus of tank systems is that you can make use of the many premium V2 e-liquid flavours that come in different nicotine strengths. The flexibility of re-filling yourself also means some people will choose to mix and match flavours and create their own. This isn’t something we necessarily recommend, but it is an option in a tank-based system.

So, what’s good for you? That’s a difficult one to answer as each and every person has their own experiences, and those shape the needs that need to be met. That being said, the cartridge system is a great place to start for those who are dipping their toes into the water and trying vaping for the first time. It’s a no-fuss way to quickly understand what all the excitement is about.

If you’ve already had some experience vaping, you may choose to go straight for one of our premium e-liquid kits. This way you’ll get that bigger vapour performance you may be looking for. This also is a good option if you are the type of person who enjoys the hobby of vaping, or could see yourself enjoying that.

That’s our look at the difference between cartridges and tanks. If you’re still confused or have questions about vaping, don't hesitate to reach out with our customer service team for more assistance. Enjoy your vapour!