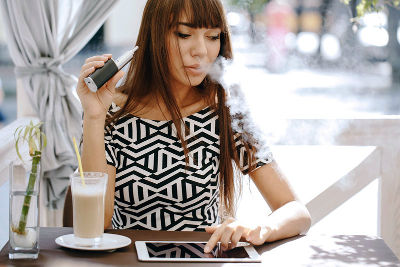 There’s a lot of misinformation out there in our world. This isn’t a new trend, but one that has reached new heights during the last election in America and the fallout afterward. The term “alternative facts” actually became a thing, at least in some circles. Now it seems like we are facing off in a world of opinions versus facts. It’s made up “truths” versus the science and reason.

Even if that is a darker picture of the world than you would like to admit, there are some rays of light too. The world of vapour has been clouded in mistruths seemingly right from the start. This industry had a bull’s-eye on its back right from the beginning. Between being attacked by the tobacco industry initially, and then later by pharmaceutical companies and even politicians, it has been a fight to get the truth out. That’s why we must rejoice when a new study comes in and tells us what is actually going on with vapour, and how it is affecting our society.

That seems to be exactly the case with the release of a study that focuses on the interplay between vaping and smoking. The study was published in the journal Drugs: Education, Prevention and Policy and sought to understand how vaping is affecting people’s smoking habits, and more specifically young people. What they found was that, contrary to a lot of misinformation out there, vaping does not increase the likelihood that young people will pick up smoking.

For years now, some people, including certain politicians, have contended that vaping would lead to smoking. The idea is that as smoking rates are falling around the world, vapour products would lure non-smokers to cigarettes. The fear is that vaping would make smoking “cool” again. Of course, this hasn’t been proven by any data thus far, but it hasn’t stopped some from persistently making this claim.

Time to Bury This Rumour

Perhaps now is the time to finally put this rumour to bed. This study isn’t the first one to have researched the issue and come up with a conclusion that vaping among youth doesn’t lead to vaping. The Telegraph covered a similar study almost a year ago that essentially said the same thing. Apparently that study and others weren’t enough, so we can add this new one to the pile of evidence against this false claim.

"There was overwhelming consensus amongst our participants that vaping is not making smoking more socially acceptable and that, if anything, it is making cigarettes seem even less acceptable," insisted Dr. Neil McKeganey, the lead author of the study. As the director of the Centre for Substance Use Research (CSUR), he is well versed in the current trends in the world of vapour, as well as the world of tobacco. McKeganey believes, with data to back him, that young people see no point in smoking tobacco products when they have a viable alternative.

For millions of people out there, the introduction of vapour products to the market has greatly enhanced their ability to make a switch. For many of them, this search has been lengthy and not fruitful, at least until vaping came along. That’s why it is imperative that more studies such as this one be conducted to show others the true face of vaping. Certainly, nobody wants to see a product lure our youth into smoking, but thankfully that isn’t the case with vapour.

It is a mighty undertaking to inform the public of the truth and bring to light those “alternative facts” that have no place in our discourse. It will be up to vapour companies to contribute to this and help get the word out. Our priority is, of course, to continue creating premium vapour products to help serve our many current and prospective customers. But a close second is to educate the public, because vapour still has a long way to go. We’re thrilled to be a part of such a revolutionary product and play a role in its bright future.