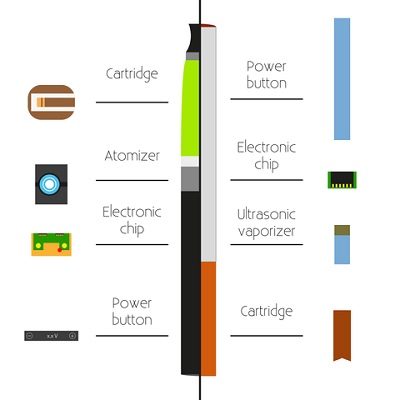 You’re on your way to making your first step into vaping, and you probably feel pretty good about it. And so you should! Making the switch to vapour has had a life-altering effect on millions of people here and around the world. Now that you have made that big decision, you find yourself with more decisions to at hand. How big or small these decisions are is really dependent on you.

What we already know is that one of the first decisions you’ll need to make is if you are going to start off with an open or a closed vaping system. Let’s take a look at what each of these terms means, and the potential benefits and drawbacks of either for you.

The first thing you should know is that this is the type of system that really popularized the electronic cigarette and vaping devices in general. In many ways, it still remains the more popular of the two. If you watch a movie where someone is vaping on screen (and this is happening more and more), it will almost definitely be a closed system product that is being portrayed.

Closed systems are essentially those that come with pre-filled e-liquid for your consumption. Here, we are mostly talking about the standard 2-piece electronic cigarette where you have a battery and a cartridge. The cartridge comes pre-filled and ready to go, so you don’t have any effect on it. It’s “closed” and when you are done with it, you throw it away and screw on a new one.

Benefits of a Closed System:

Drawbacks of a Closed System:

This is the type of vaping system that has risen in popularity over the years. While early adopters of vaping looked first to closed systems that looked and felt the most like what they were switching away from, many moved on from that. With an open system, you will need to re-fill your cartridge or tank with e-liquid. It’s “open” in the sense that you can do many things yourself, even up to building your own vaping device if you want to go down that route.

Benefits of an Open System:

Drawbacks of an Open System:

Those are the basics of the open versus closed systems of vaping. You should know that choosing one system doesn’t preclude you from the other. For instance, some people like to have an open system to use when they are at home, and a closed one when they are traveling (so that they don’t have to carry bottles of e-liquid, for example).

Others who have entered the world of vapour feel that they have “graduated” to open systems after making use of closed systems. It can be easier to make the initial switch to a closed system, so the thinking is understandable. But even then, some people don’t feel the need to tinker any further, and a closed system fits their lifestyle best.

What works for you is a question of what your priorities are right now with regard to your vaping experience. Let that guide you in this choice. It’s perhaps your first choice when getting into vaping, but it isn’t your last and it isn’t permanent. So, don’t fret too much, and simply jump into the vapour experience and give it a go!