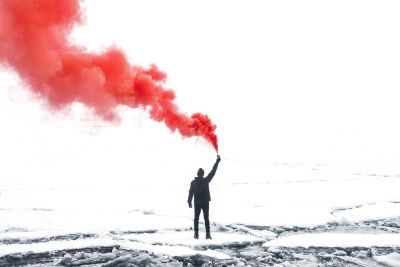 As the US struggles with a mysterious lung illness that has been linked to vaping, the industry has become a focal point for some negative press recently. While e-cigarettes are up to 95% safer than smoking, could the return of tobacco-harm become an unwelcome reality for the US if a countrywide ban is enforced? Let’s look at why vaping needs saving and why smoking tobacco will remain as a not-so-silent killer if it isn't.

Why Does Vaping Need Saving?

Unless you’ve been blissfully vaping away in your very own cloud-filled bubble, you have likely heard the tragic news of vaping victims in the US falling foul to an unidentified lung-illness. Accounting for hundreds of hospital admissions and several fatalities, both the Trump administration and individual states across the US have taken the unprecedented steps in recent weeks, to limit the sales of vaping products such as flavoured e liquids. But is it the wrong step to take?

The mysterious lung illnesses are just that… mysterious. With a source of the illness yet to be identified, a common theme among the patients is that they have vaped a THC based e-liquid. Potentially bought illicitly via the black market, an unregulated and unauthorized product may contain ingredients unfit for human consumption, such as Vitamin E. Used as a thickening agent in order to dupe a customer into thinking that the e-liquid may be well-stocked with sticky THC molecules, the repercussions are proving fatal, though the cause is as yet inconclusive.

Potentially throwing millions of vapers routines and ways of staying smoke-free out of sync, flavoured e liquids are often seen as a way to combat and curb the sweet cravings a smoker faces as they attempt to become smoke-free. With almost a teaspoon of sugar found in each cigarette, the craving for sweets is almost always considered as a secondary craving to nicotine – but a craving that needs to be satisfied nevertheless.

With a potential countrywide ban on flavoured e liquids on the cards, how will this affect the millions of US vapers who rely on their favoured e liquids to help them stay smoke-free? The fear and unfortunate likelihood are, that if a vapers satisfaction is diminished by their vaping experience and ultimately a lack of flavour in their e liquid, those vapers may return to smoking cigarettes, and increase the public harm caused by smoking.

As you might expect, state bans in the US are being met with disapproval from the vaping community. If there’s anything that brings a community together more, it’s adversity. So much so, that earlier this month, a National Save Vaping Day was launched in the US, with vapers across the country advocating the benefits of e-cigarettes. The American Vaping Association (AVA) have called upon vaping retailers to donate a portion or all of their profits from a days trading, in an effort to support the cause, and create more awareness about how smokers lives can be saved by switching to vaping.

Despite the health problems that some vapers in the US are facing, regulated and authorized vaping products are substantially safer than smoking and burning tobacco. In 2015, Public Health England published independent research that shows e-cigarettes to be a staggering 95% less harmful than smoking cigarettes and that vaping has the potential to help smokers become smoke-free. More recently, research conducted by a team from Queen Mary University London found that e-cigs are up to twice as effective as other nicotine replacements such as patches and gums. With over 3 million UK vapers enjoying the benefits of e-cigarettes, the UK’s vaping industry align themselves to be a healthy alternative to smoking that is largely supported by the British press. A continuing decline of UK smokers, together with an increased number of vapers shows that vaping is working in the efforts to make the UK a smoke-free nation. Will the US reconsider their hardline attack on the vaping industry or will common sense and health prevail? Watch this space.