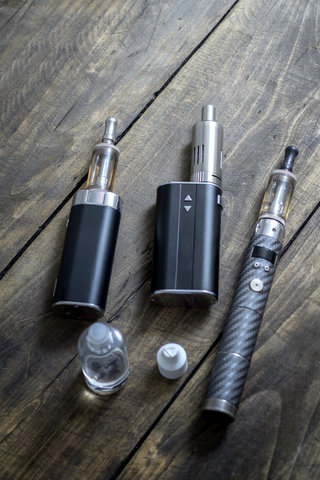 We’ve covered a lot of different types of vapour devices in this space before, yet mods haven’t been a frequent topic of conversation. To be sure, mods represent a slightly smaller percentage of the overall vaping industry, but those who use them absolutely love them. We wouldn’t go as far as calling it a hobbyist device, but it certainly has a specific niche. Regardless, mods should be part of the conversation when we are talking about vaping and there is no time like now to put them front and centre.

The first thing we should address here is what exactly is a mod. It’s not a term known to all, and certainly for those who are using cig-a-likes or two-piece electronic cigarettes, it may seem like a completely alien term. Yet, it’s not all that different from what you are used to. A mod can simply be seen as a beefed-up version of what you are already used to seeing most people vape.

Yet, the definition of a mod itself has also seemed to change. Where the word mod might have made you think of a mechanical mod, or an unregulated mod, now there are a couple different ways to categorise it. This has broadened the category of products that can be called a mod and created a divide. Let’s take a look at the differences between regulated and unregulated mods, and what that could mean for a new or experienced vapour user.

An unregulated mod is also known as a mechanical mod. As you might tell from the name, the idea is to take out as much electronics as you can. Why would you not want any electronic in your vaping device? Well, that’s a good question. Primarily one could say that the less electronics getting in the way, the more customisable it is. Essentially you are left with a battery and an atomizer here, with no circuit boards or anything. Press the button and it will mechanically activate the battery and allow you to vape.

Without electronics, you don’t have any restrictions. This means you can do things like house multiple batteries or use any type of atomiser and coil. That’s right, regardless of the coil’s resistance, the type of wire, or even if the atomiser has a short, an unregulated mod will still function.

People who swear by unregulated mods will say that they love the freedom to do whatever they want, without needing a “safety” so to speak. They can take their device to the extreme limits, and that could mean huge amounts of vapour and a very satisfying experience. The downside here is the fact that it can be dangerous if you don’t know what you are doing, in addition to it requiring more maintenance.

This category can be somewhat confusing, because regulated mods really encompass a whole number of devices. Essentially, they are still vapour devices that offer superior performance, but they include all of those electronics that unregulated mods eschew. That wider definition brings in variable power devices as well as fixed voltage. You can look to our V2 Pro Series or the SMOK Rigel as an example of a product that would fall into this category.

In essence, regulated mods aren’t really what used to be called mods at all. Those were always reserved for mechanical mods. But terminology evolves, so it is important to understand the differences when you go out to find your next vapour product. An advanced new mod is the Innokin Proton Plex kit.

Those who use regulated mods are typically after great performance, but they don’t want to use something that takes a lot of time and patience to understand. They’ll like the safeguards in place for these mods, as opposed to the wide-open (yet potentially dangerous) approach of unregulated mods. Maybe they’ll sacrifice some performance, but even that is debatable.

That’s the general concept between regulated and unregulated mods. It isn’t so much as a fight over which is better, but rather what fits into your lifestyle. For most people, they’ll start out with a more straightforward two-piece system and perhaps graduate up to a regulated mod. But if you’re out for adventure and chasing that unique and perhaps, at times, better experience, the siren call of an unregulated or mechanical mod might get the better of you.