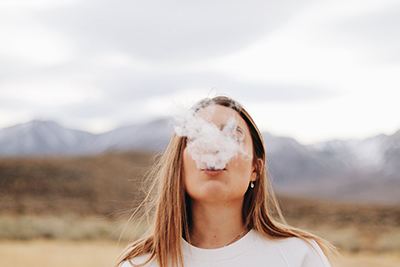 Who are we kidding? Don’t be an April Fool this year - far from being more addictive than smoking, let's discover how e-cigs can actually help you live a healthier, smoke-free life.

Vaping is 95% less harmful than smoking

Independent evidence published by Public Health England has found that e-cigs are significantly less harmful than smoking and that vaping has the potential to help smokers become smoke-free. In fact, the latest research finds that e-cigs are potentially twice as effective as other products designed to help you quit smoking such as patches and gums. So why do some people think vaping is more addictive than smoking?

“I heard vaping is more addictive than smoking”

Depending on who’s telling you, folks far and wide will have an opinion on vaping. Whether thinking that e-cigs are as harmful as traditional tobacco cigarettes or that they cause the fearful sounding popcorn lung - skewed and misinformed opinion is susceptible to spreading like wildfire depending on how sensational the myth is.

From believing that the exotic and fruity concoctions of e-liquid will get you hooked, to free-base nicotine being stronger than cigarettes - myths regarding the addictive nature of vaping are rife.

Is vaping more addictive than smoking?

Rest assured that one thing we can be fairly certain of is that vaping is, in fact, not more addictive than smoking.

Cigarettes and e-liquid both contain nicotine, however, the similarities essentially stop there. When you smoke, the temperature of a cigarette as you puff sits at a dangerously high 900c - burning and releasing tar, carbon monoxide and thousands of lethal carcinogens into your body. Due to the way your body absorbs nicotine when you smoke, your lungs, brain and bloodstream will receive an instantaneous hit. Pretty addictive stuff once you’ve got the taste for it.

Alternatively, the optimum temperature to heat and not burn e-liquid is significantly less than cigarettes and ranges from 100C – 315C. While e-liquid contains a concentrated dose of freebase nicotine, the way your body absorbs nicotine and the speed of delivery to the places where you need it most are essentially slower and less effective.

This can often be the reason for some vapers not feeling satisfied with their vaping experience, which may lead them to vape more frequently.

Research shows that the majority of people do not become dependent on nicotine replacements such as e-cigs. The actual problem for people trying to ditch the cigs and make the switch to vaping is that people will not use e-cigs for long enough before they succumb to their cravings and go back to smoking.

If you’re already vape, then you’ll know that decision to ditch cigarettes and switch to vaping was a choice made for your health. One that will in time potentially release you from the clutches of craving both tobacco and ultimately nicotine. Using e-cigarettes to help you quit smoking is possible – stick with it, up your will-power and soon enough you’ll be leading the smoke-free life you desire.