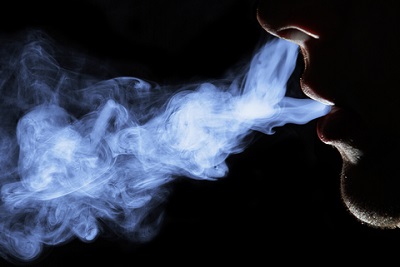 It’s one of the key ingredients in almost every e liquid (aside from 0% liquids, of course!) but one of the most mysterious and misunderstood elements of vaping: nicotine. While some decry it as a harmful, additive substance that causes disease, those who have taken five minutes to research nicotine know that studies have suggested it is no more harmful or addictive than the caffeine you’ll find in your daily cup of coffee.

In today’s post we’re going to answer five of the most commonly asked questions about nicotine but if you’re looking for a more in depth look at nicotine and vaping then feel free to check out our other nicotine-themed posts here and here.

It might surprise you to know that nicotine is actually a plant extract. It’s an alkaloid taken from Nicotiana tabacum, commonly known as the tobacco plant, and small quantities can be found in fruits and vegetables such as aubergines and tomatoes.

Nicotine can be taken into the body through vaping, smoking, chewing tobacco or through other cessation methods like nicotine gum and patches.

Research has shown that nicotine can work as a relaxant and a stimulant and its effects vary from person to person, ranging from alertness to calmness and mood elevation.

As we wrote earlier, numerous scientific studies have suggested that nicotine is as dangerous as caffeine, something many of us ingest regularly throughout the day without any thought to whether or not it’s dangerous.

There is currently no evidence that nicotine causes any substantial risk of cancers, and any cardiovascular risk is considered minimal.

Most of the confusion around whether or not nicotine is dangerous has come from those who class smoking tobacco and nicotine as one and the same, not taking the time to consider each individual ingredient.

That isn’t to say that nicotine is completely without risk, as it does increase blood pressure and pulse rates after consumption, so this is something that should be taken in account before using an e-liquid containing nicotine. Additionally, nicotine poisoning does exist and, though rare, we delve into it in more detail here so we do recommend taking the time to educate yourself on any potential risks.

One more thing to note is that nicotine should not be ingested during pregnancy, as further research needs to be carried out to determine any short or long term effects nicotine might have on child development. In line with this, we recommend always abstaining from vaping during every stage of pregnancy.

How long does it stay in your system?

This is a tricky one to answer absolutely, as there’s no definite figure. The length of time nicotine stays in your system depends on a number of factors, including the amount of nicotine ingested, the length of time over which nicotine has been ingested and the individual’s metabolism, age and weight. However, as a rough figure nicotine can usually be traced in the body for 48-72 hours after it has last been ingested.

What is nicotine withdrawal?

If you’ve ever tried to give up smoking you’re probably well aware that nicotine withdrawal exists. For heavy users, it’s said that symptoms of nicotine withdrawal can begin after thirty minutes of your last ingestion, though this does depend on how long and at what intensity you’ve been using nicotine.

Symptoms that you might notice include anxiety, difficulty concentrating, irritability, headaches, nicotine cravings and weight gain through increased appetite. These symptoms peak within two to three days and usually diminish over a two week period, though occasionally people may notice symptoms last for up to two months.

What is synthetic nicotine?

While it isn’t widely used yet, it’s something we imagine we’ll begin to see more and more of in the coming years, particularly within the vaping industry.

Now we’ve covered the basics of nicotine, we want to hear from you. Do you have any burning questions left that haven’t been answered in our nicotine-themed posts? If so, please don’t hesitate to get in touch with our customer service team or leave us a question on Facebook or Twitter.