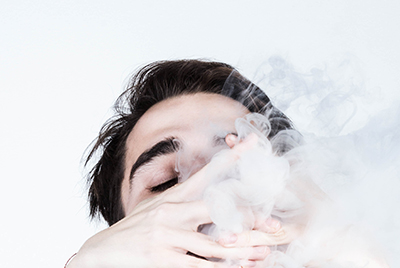 It's common knowledge that smoking tobacco cigarettes harm the fertility of both men and women, but how does vaping affect male fertility and is there cause for concern among those who vape and wish to procreate?

We all know that smoking cigarettes affects both male and female reproductive systems, but what about vaping? Do e-cigarettes and e-liquid have an effect of fertility? We take a look at the evidence and find out more.

The Impact Smoking Has on Fertility

You’ve no doubt seen the warning signs and provocative imagery that emblazon and decorate the packaging of cigarettes and tobacco. Through decades of research, it is, of course, a well-known fact that smoking has a detrimental effect on the reproductive systems of both men and women. Research shows that men who smoke, subject their sperm to a variety of potential impairments such as, a decrease in sperm density, a decrease in total sperm count, and a decrease in overall motility (the ability to move around). Additionally, women who smoke are twice as likely to be infertile as their non-smoking counterparts, which can also affect the success rate of any potential fertility treatment such as IVF. It’s highlighted also that smoking can reduce the number of eggs a woman has in her ovaries as well as prematurely ageing the ovaries at the same time.

Are you struggling to conceive and still smoke? Quitting cigarettes and removing the harmful carbon monoxide-filled smoke from your life should be your first port of call. By quitting cigarettes and making the simple switch to vaping e-cigarettes, you'll be taking your first steps to become a smoke-free, healthier new you. Up to 95% less harmful than smoking cigarettes, vaping with e-cigarettes is quickly becoming the go-to device for smokers seeking to become smoke-free, which may just help you start a family.

While we all know that smoking affects fertility, a subsequent question that you might have on your mind is whether vaping e-cigarettes will have the same impact? While few studies exist regarding this, it’s safe to say that smoking is not the only harmful factor regarding our fertility. Whether it be too much stress from work, alcohol, diet, sitting down too much, hot baths or tight underwear, there is a multitude of everyday factors that can all have a have a negative bearing on how well those little guys are going to move around down there. The aim of the game is to be a healthy and balanced human being.

But what about vaping? Does it have the same effects to the body?

The Daily Mail recently warned readers of research regarding vaping and fertility and noted that female mice exposed to e-cigarette vapour took longer to get pregnant and also had smaller, less healthy children. A further study highlighted by The Sun newspaper found that men who vaped high concentrations of flavoured e-liquid, particularly bubblegum and cinnamon flavoured e-liquids, had sperm that moved more slowly than non-smokers.

With no conclusive evidence to hand, the reality is that vaping e-cigarettes with e-liquid are safer than smoking cigarettes than inhaling copious amounts of toxic chemicals into your body, however not the safest and does not guarantee fertility.

Trying for a Child Whilst Vaping

Slowly Reducing the Level of Nicotine in Your E-Liquid

The majority of vapers vape in the first place because it is a way to become smoke-free, and to become a healthier person. With this in mind, the ultimate aim of switching is to become both smoke and nicotine-free. The good news is that e-liquid is designed for this very purpose. Available in nicotine strengths of 1.8%, 1.2%, 0.6% and 0%, make a plan at the start of your vaping journey and as the weeks pass by, slowly reduce the amount of nicotine that is in your e-liquid. By slowly reducing the concentration of nicotine and avoiding sweet-tasting flavoured e-liquids, you’ll be gently weaning your body from addiction, while restoring your body’s health - giving both yourself and your partner a better chance at conception.

With the right e-cigarette and e-liquid, a dose of good old-fashioned will power, a steady support network of friends and family, and a desire to be the parent you always wanted to be - becoming smoke-free and nicotine-free is an achievable quest that you can conquer.