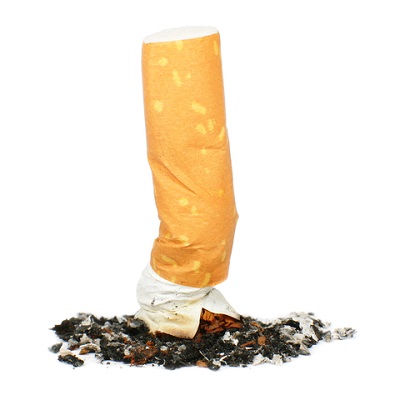 In the all-out assault on smoking, we seem to overlook a very important aspect of it. No, it’s not life-threatening illnesses and disease. Everyone knows smoking kills. It’s not second-hand smoke either. The fact that you can be affected by merely being around others who are smoking is now common knowledge. That’s why so many countries have enacted no smoking laws prohibiting where smokers can engage in the act. All of these facts have, at this point, been ingrained into us from when most of us were young.

What isn’t talked about nearly as much is the environmental damage that tobacco cigarettes wreak. It’s overlooked perhaps because there isn’t the direct impact on our lives, such as there is with the more grievous consequences of life-threatening illnesses. Yet this is also something that takes a toll on our lives, one way or another. The primary way that cigarettes are affecting the environment, at least in a visible way, is by leaving us so many of those little pieces of rubbish we call cigarette butts.

Remember those? We used to finish our habit of smoking and then we were left with this little piece of foam or plastic or paper, or whatever we imagined it was made of. That thing we thought was delaying the inevitable damage the smoke was doing to us, capturing that badness. Now, at the end of the cigarette’s lifecycle, we were left with it and a lot of people don’t give it much consideration at all.

They give it so little consideration that they don’t even take the time to walk over to a rubbish bin and dispose of it properly. We aren’t here to judge, although it is pretty awful when you think about it; we’re just pointing out the current reality. These pieces of litter are everywhere, and it doesn’t seem to be getting any better.

Litter From Smoking Should Be Old News

It’s 2017 and it seems like this shouldn’t be an issue any more, but it is. Millions of people still smoke, and their cigarette butts are more often than not being littered somewhere. In fact, a recent study showed that the most common litter on beaches in Chicago are cigarette butts. This is despite America’s attempt to outlaw where people are smoking.

At the local Ohio Street Beach in Chicago, a total of 57,066 pieces of litter were recovered in the span of over a decade. In all of that rubbish, almost 42% of it were cigarette butts. The astonishing thing here is that smoking was prohibited on that beach from 2007, and this data was collected between 2003 and 2014. That means it doesn’t matter that those laws are in place, because smokers are still tossing their butts wherever they like.

Yet, as we mentioned earlier, this is not an admonishment of smokers who litter. It’s a testament to how smoking contributes to litter and devastates our environment. If we can’t stop people from littering their cigarette butts, maybe we should focus on the primary cause of them, which is in fact that so many people are still smoking.

Thankfully, this isn’t 2003 when your options for making a switch away from tobacco cigarettes were quite narrow. No, we’re in the era of vapour now. Vapour has the power to eliminate all of this damage of cigarette butts, because it simply doesn’t leave any behind. With the premium vaping options that are readily available, you can get the satisfaction you need without the butts that you, and our environment, certainly do not need. This is of course just one benefit of vaping, but it’s perhaps an overlooked one. Well, we shouldn’t ignore it any longer, because litter from smoking should be old news, but it isn’t yet. We hope one day it will be.