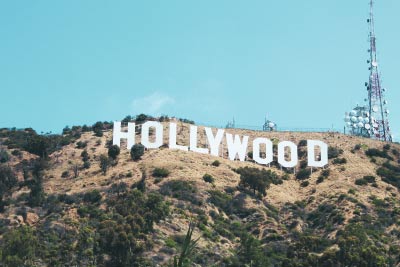 From Hollywood A-listers to humble everyday people like you and I, everybody loves a vape don’t they? Whether you’re celeb spotting on the red carpet or catching a glimpse of a vape cloud in your favourite film, vaping is quickly becoming a significant replacement for traditional tobacco products that were previously a mainstay on our screens. Keen to know who’s who when it comes to superstar vapers? Let’s check them out.

Katherine Heigl Arguably the Queen of Hollywood Vaping, the Grey’s Anatomy and Knocked Up star famously vaped away happily as she sat on the sofa of the David Letterman Show way back in 2013. A keen proponent for the vape pen, Heigl says that vaping helped her quit her longterm smoking habit.

Samuel L. Jackson Known for chain-smoking his way through many an iconic movie, the supercool Samuel L. Jackson has been spotted vaping on several occasions. Check out his Slam Poetry performance in The Tonight Show Starring Jimmy Fallon where Sam casually vapes alongside his verses.

Katy Perry, She tried an e-cig and she liked it, singer Katy Perry is no stranger puffing away on her favourite flavoured e juice when she’s not performing on stage.

Grant Gustin ‘The Flash’ Aside from starring as superhero The Flash, poor old Grant Gustin was left ruing the wrong choice as he tried a sneaky vape in the toilet cubicle of the plane. Gustin let out a gust of vapour pre-takeoff, with alarm bells blazing and Gustin left blushing. Not so flash after all. Don’t try this at home. Snoop Dogg Probably not vaping the same kind of e juice as you or I - Hip Hop legend Snoop Dogg loves vaping so much that he even has his very own range of vape pens.

Vaping Seen On Your Screens

Logan Marvel’s 2017 masterpiece Logan, starring Hugh Jackman was a huge success at the box office, making an estimated $619 million US dollars. Not only was there end-to-end action throughout the movie but e-cig action too.

The Lazarus Effect When medical research takes a wrong turn and the dead are revived, what are you going to do? Reach for your vape pen. This super scary supernatural thriller comes with a healthy side of e-cigs used by characters to help calm the tension as the chaos unfolds.

Lee & Dean Channel 4’s hit-comedy Lee & Dean includes two-friends of the character Nikki who are seen on various nights out in Stevenage with e-cigs in hands.

Rough Night Released in 2017, this bachelorette night gone-wrong starring Scarlett Johansson is full of incidents and accidents that also features an e-cigarette too.

Osmosis The hit French Netflix series set in the future chooses to feature e-cigs in the classic ‘villain vaping’ setting. Spot suspicious-looking figures as they vape in the shadows.

Unfriended It’s not a surprise that e-cigs are seen in the film Unfriended. You’ll need your vape pen by your side just to settle the nerves if you watch this social-media themed scary movie.

Ready to mingle with Hollywood's finest? Check out our huge range of vape devices and e-liquids.