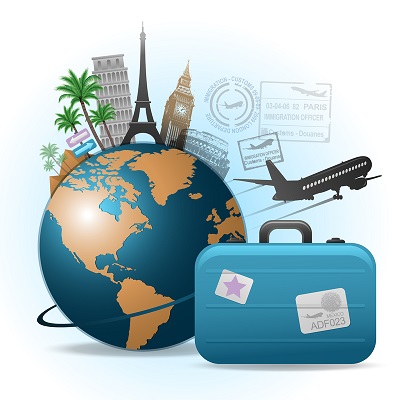 We’re now into December in an event-filled 2016 that will not be forgotten anytime soon, what with the news headlines being full all year long. December also means travel for a lot of us, as the holidays are coming up. Many people will be traveling for work before the upcoming break, and plenty more will be flying to friends and family in Europe or further for Christmas and/or New Year’s.

That means there are potentially millions of vapers that will pass through airports in the UK. If you’re one of those travelers, you should be fully prepared with your vaping device, as you always are. But if you haven’t flown in a while, or even if you have, there are rules and restrictions that have changed over the past few years with regard to how you should handle your vaping products. You certainly don’t want to get stuck in an uncomfortable situation, or worse, have to throw away your vaping supply.

With that in mind, here are 3 key tips for flying with vapour products in the UK:

This is vitally important tip, as it could get you in some real trouble in some airports. Vapour devices aren’t simply something you can throw in your baggage and be done with, like your underwear and socks. They need to be handled correctly, pay particular attention to any batteries and read the carriers rules carefully. As a general rule, you should store any and all vaping items that you take with you on the airplane in your checked luggage but always read the small print to confirm the rules. It doesn’t matter if your flight is domestic or international either. If you follow the guidnce, you should be fine.

Just make sure you that if you carry e-liquid, that it is only in containers of 100ml or less. You’ll need to place these in a clear plastic bag like you would with any other liquids.

Be Aware of Where You Are Allowed Vape

Actual use of your vapour device before or during your flight is very restricted. Each airport has their own set of rules, but generally airports in the UK will not allow you to vape inside the terminal. Some specifically point you in the direction of smoking areas, where you can vape where people are allowed to smoke. Other airports simply disallow vaping inside the terminal and don’t give you further instruction. There are also airports like Leeds and Edinburgh, which don’t clearly state their policy at the time of this writing. You can find a more detailed list of airport rules here, but the rule of thumb is if you aren’t sure – ask!

As for vaping on flights, not many airlines are going to be okay with that, likely because it may seem like smoke to other passengers. One exception is Ryanair, which won’t let you use your own device but will sell you electronic cigarettes during the flight and allow you to use them.