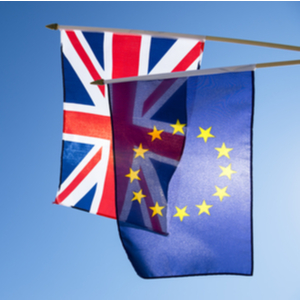 Vaping and e-cigarettes have been up for debate for almost as long as they have existed, with rules and regulations varying widely across territories and countries. With the UK officially leaving the EU on the 1st of January 2021, there are many people wondering whether vaping regulations will change, as the majority of EU vaping regulations come under something called the Tobacco Products Directive (TPD) , which is a set of regulations that EU member states follow regarding the production and sale of tobacco products, including vapes and e-liquids. When the UK is no longer an EU member, they’ll be able to make their own regulations with regards to vaping, e-cigarettes and e-liquids.

What are the Current EU Vaping Regulations?

The Tobacco Products Directive was first introduced in 2014, but the majority of rules affecting vapers didn’t come into effect until 2017. Several rules on vape products have been implemented by the TPD, the majority of which concern the packaging of e-liquids, as well as minimum standards of safety and quality, the increase of consumer information and the implementation of protections to prevent children from accessing e-liquids and other vaping products.

The main TPD rules that affect vapers include:

TPD rules primarily affected manufacturers and distributors of e-liquids, e-cigarettes and other vaping devices , which includes any company that either manufactures these products or re-brands products from other companies. Any non-compliant goods were not authorized to be sold after May 2017.

Lots of these regulations didn’t have a particularly significant impact on existing vapers, however there are some that are very much still up for debate today, and may well change in the UK after Brexit. Smaller tank sizes and e-liquid bottles, in particular are quite strongly opposed by some parties, as they are not only very wasteful and require significantly more single-use plastic packaging , but there is also concern that these limits are not based on any strong scientific evidence. 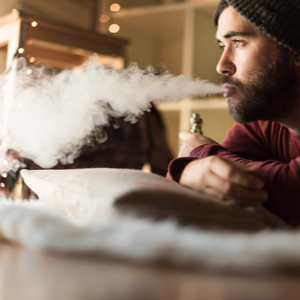 Vaping in the UK

Overall health bodies in the UK have taken a very welcoming stance towards vaping as an aid to help smokers quit, which is actually something of a rarity! In many European countries, and internationally, vaping is not viewed in the same way as the UK. Health bodies like Public Health England and the NHS, and charities like ASH (Action on Smoking and Health) are in agreement that vaping is an excellent quitting aid and can be used to effectively help smokers cut down and quit. Stop Smoking services in the UK actively recommend vaping as a method to help quit, and there are various studies from the UK that show both the safety of vaping compared to smoking and effectiveness of vaping compared to other nicotine replacements.

However, there is still significant concern from healthcare professionals that e-cigarettes will become too deregulated. They are still a nicotine-containing product, and so do need regulation to ensure that the UK doesn't end up with many of the issues that we see in the US and other countries, with regards to poorly regulated, dangerous vape products and significant levels of underage vaping. Sally Davies, the Chief Medical Officer at the time, stated in 2019 that she found it “offensive to see big hoardings advertising [e-cigarettes], and showing them as cool and a new lifestyle.”, and was strongly opposed to further deregulation of e-cigs.

There was also concern that many vape companies and e-liquid manufacturers are owned by “big tobacco” companies such as Philip Morris International, Altria, British American Tobacco, Imperial Brands, and Japan Tobacco International, many of who already own or have significant investment in some of the most popular vaping brands internationally, including Juul which is owned by the Altria group. For the last 50 years, governments all over the world have gone to great lengths to restrict the sale and advertising of cigarettes and other traditional tobacco products , and some people see this push for de-regulating vaping as just a way for these companies to get young people “hooked” on their products, as was commonplace in the mid-20th century.

What Changes are We Likely to See?

There are a few things we know for sure about the Brexit transition when it comes to the production, sale and transportation of vape products, though very little is actually set in stone. With that said, there have been draft regulations and conversations among MPs running through the UK parliament pretty regularly for the last several years, which give us a pretty good idea of where the UK may be taking their vaping regulations in a post-Brexit world.

In 2018, for example, MPs made a series of recommendations about vaping and e-cigarette regulations , including:

They also recommended regular reviews from the Government, MHRA (Medicines and Healthcare products Regulatory Agency) and the e-cigarette industry on the safety of vaping and how to help promote vaping rather than smoking in the UK, and that the evidence from these reviews should be publicly available online.

One subject that has been subject to debate alongside the changes to TPD restrictions is the issue of menthol and flavoured cigarettes. In May 2020, Menthol cigarettes were banned in the UK as part of an overarching EU law. However, unlike TPD restrictions, it’s very unlikely that this law will be changed upon the UK’s exit from the EU.

What Will the New Regulations Be?

While a lot of issues surrounding Brexit are shrouded in uncertainty, there are some things that we already know will change with regards to the UK vape market . The first major change relates to the TPD rule that requires all vapes, e-liquids and e-cigs to be registered with the MHRA through that EU portal, known as the EU Common Entry Gate or EU-CEG. Once the UK leaves the European Union, this portal will no longer be in use for products on the UK market. Right now, it’s not clear what will replace this portal, though it’s very likely some kind of replacement system will be put in place to regulate and monitor the vape market. 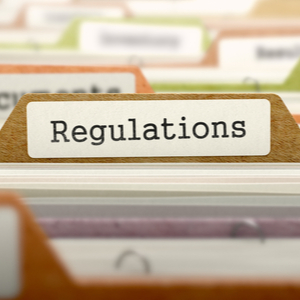 Aside from these changes - most of which don’t make much, if any, difference to the average vaper - there’s really no way for us to know exactly what these new regulations will be until legislation is proposed in parliament. However, we can be fairly confident that at least some of the TPD rules will be relaxed and that the UK is likely to take a more “vape-friendly” stance in future regulations.

In October, for example, the New Nicotine Alliance (NNA), wrote to the UK government with 10 specific proposals for post-Brexit legislation around vaping. The NNA is a charity that represents and campaigns for consumers and suppliers of “low-risk” alternatives to tobacco cigarettes, including chewable tobacco (snus), e-cigarettes and other “heat not burn” tobacco products. Their recommendations included:

As you can see, these recommendations are very similar to those discussed by MPs a few years ago, so we can make a pretty accurate guess at the direction post-Brexit regulations will go in regards to vaping, e-cigarettes and e-liquids in the UK.

The subject of vaping is one that is often misunderstood, both by the general public and by lawmakers all over the world. However, as we learn more about the safety of vaping and how effective it can be, as well as how to keep both vapers and non-vapers safe, we can help to further vaping in the UK.