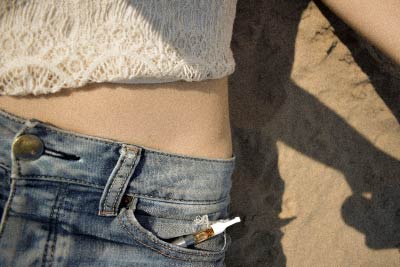 From e-cigs causing popcorn lung to vaping being as harmful as smoking tobacco, we've discussed numerous vaping myths here at Vapour2 over the months, overturning the wildest of whispers and naysayers nonsense. Yet, what about the suggestion that e-cigarettes can explode? Fact or fiction - let's find out more.

E-Cigarettes, as the name suggests, are electronic, which means they have a relative amount of electricity flowing through them either when in operation or when they are being re-charged. Like any piece of electronic equipment incorrectly assembled, mishandled or charged with the wrong voltage, it should come as no real surprise that vaporizers and e-cigs will be prone to the same kind of dangers - be it sparks or explosions. To answer the question – yes, e-cigarettes can explode. However, this will only happen in an instance that the due care and attention that should be given to an e-cig are overlooked.

You may have seen in the media, sensational stories of unfortunate folks who have fallen victim to exploding vaporizers and e-cigarettes. Whether stories of wounds from the spontaneous combustion of an e-cig or the suspected source of a house fire, the most common reason for this will ultimately be a reaction by the lithium in the e-cig battery. Mishandled or charged incorrectly may result in an unfortunate event of the e-cig battery exploding, which is why you should always use the correct charger to charge your vape pen and avoid carrying e-cigarette batteries loose in the pocket.

Coupled with Public Health England's evidence that vaping e-cigarettes can be up to 95% less harmful than smoking, it should seem fairly obvious that if you are still smoking, vaping will provide you with the potential of a safe and healthy future.

As we've mentioned, the result of an exploding e-cig or vape pen will typically be down to several factors such as faulty equipment or incorrect storage. Here's how to avoid any mishaps and vape safely.

1. Firstly, read the instruction manual of your device.

2. Use the appropriate charger that accompanied your device at the point of purchase.

3. Always buy your e-cigarettes and equipment from a reputable seller with positive product reviews.

4. Avoid the temptation to buy cheap, imitation products that may have faulty components.

5. Never use faulty or damaged equipment.

6. Never leave your vaporizer charging for long periods of time – including bedtime.

7. Charge your device in a safe environment away from flammable goods or material.

8. Buy a travel case to transport your e-cigarette battery.

It's important to know that instances of exploding e-cigarettes are few and far between and are easily avoided should you follow the aforementioned advice. Stay safe out there and vape happy.