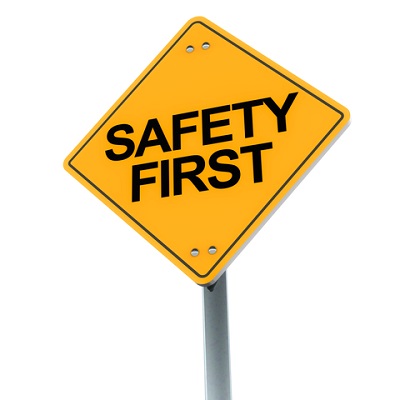 Vape shops have been springing up everywhere it seems, as the popularity of electronic cigarettes and vapour devices have skyrocketed. This is the case here in the UK, as well as in America. Now, if you haven’t been to a vape shop yet, let us fill you in on the experience. First, you’ll have a store dedicated to vapour, so that’s brilliant. Next, you’ll notice that there is a pretty good selection, and likely ample seating. But the most obvious thing you’ll see is that everyone will be vaping right there in front of you.

That actually works to our favour in this case. While there are pros and cons from buying product at a vape shop rather than the convenience of an online store, here they serve to prove a point. That’s because the National Institute for Occupational Safety and Health (NIOSH) decided to check the safety of these vape shop environments. In doing so, they were tasked with looking at things such as air quality, and generally what it’s like to be around so much vapour every day.

NIOSH, which is a division of America’s Center for Disease Control (CDC), was probably hoping to find some solid evidence that working around vapour all day is a bad thing. After all, authorities in America have gone after vaping for years, to the detriment of the millions of American smokers who could change their lives by making the switch to vapour. If that’s the case, they were probably disappointed in what they found. As the full report, called Evaluation of Chemical Exposures at a Vape Shop, explains in detail, being around vapour all day is perfectly safe.

Exposing the Air at Vape Shops

Although that isn’t what the report actually states, it’s fairly obvious that is in fact the case when you think about it. The team researching the air in these vape shops was measuring the presence of diacetyl, acetyl propionyl (2,3-pentanedione), acetyl butyryl (2,3-hexanedione), acetaldehyde, acetoin, and formaldehyde. They needed to find out if there were high levels of these elements and understand what the work environment was for vapour shop employees and customers.

As the report states: “Diacetyl, 2,3-pentanedione, 2,3-hexanedione, and acetoin were not detected in the lounge area. For the full-shift area air samples taken behind the juice bar using silica gel tubes, we found detectable, but not quantifiable, concentrations of 2,3-pentanedione on day 1. We did not find detectable concentrations of any of the other flavoring chemicals in the other juice bar samples.” Furthermore, they found “Low concentrations of formaldehyde exist in many indoor environments because of off gassing from furnishings, clothing, and other materials”.

That’s right, for all innate scariness that the word formaldehyde carries, it can come from everyday objects such as clothing. Either way, they only found evidence of it in 2 of 8 samples, and even then, it didn’t even reach 50% of the level that NIOSH would consider too high. In essence, everything found was at or below acceptable levels. The only complaint the report had was that vape shop workers didn’t wear gloves, and that they kept liquid nicotine in the same refrigerator where they kept food. Neither are smart things for a vape shop, but obviously they are easily fixable.

The funny thing here is that almost nobody is talking about this report. The CDC didn’t make any news about it at all. Perhaps because it’s inconvenient to have a report that proves that vapour in the air, and lots of it like that in a vape shop, is fine. Just like it’s an inconvenient truth that vaping is 95% safer than smoking. Or that secondhand vapour isn’t real. All of this is more proof of how safe vaping is. So, if you’re on the fence, you should get off it and make the switch to vapour. Your future self will thank you for it.