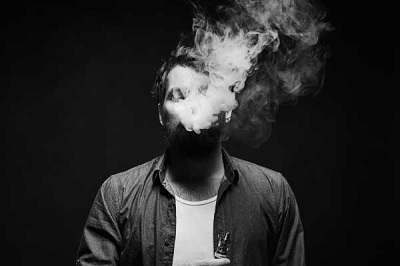 You have to be proud as a vaper living in the United Kingdom. Unlike some countries around the world, here in the UK we’ve seen some good policy on vaping. It may have been difficult in the beginning, but the tides turned and the support for vapour products grew both among the population and also in government agencies.

Some of that was due to particularly important figures. David Cameron, a former smoker himself, famously got behind the cause of vaping in 2016 . He understood that the battle with nicotine addiction was real, and that we shouldn’t be blind to new technologies that could help. Then we saw a momentous change last year, when vaping was included in the UK Tobacco Control Plan . This cemented the status of vapour as a valuable asset.

Now it seems that UK vaping policy could be ready to push boundaries even further. This new indication that vaping advocacy may be opened up even wider happened during a recent hearing about  e-cigarettes by the House of Commons Science and Technology Committee. It was there that pharmacy minister Steve Brines openly discussed the possibility of using cigarette packets to promote electronic cigarettes.

What Could This Mean?

That one tidbit may seem trivial government speak to the casual observer, but this could actually mean a great deal for vaping in the UK. While it had long been a policy of governments around the world to separate vaping from smoking, so as not to confuse the population with regard to a new technology, things changed in the UK. The governmental push to encourage vaping as a viable alternative was refreshing, but it still had its firm limits. If Mr. Brines intends to go down this path, it could change a lot.

First of all, the major hurdle for vaping has always been to get in front of their target audience. With restrictions on how vapour products were advertised, this hampered the cause. Of course, as we all know now, word of mouth and the immense success and popularity of vaping filled that gap. Yet, even with smoking rates in the UK at a historic low, there are still 9 million smokers. These are people who may know little about vaping. If they receive more direct exposure to what vaping could do for their lifestyle, we could see that number shrink further.

It was technically MP Stephen Metcalfe who brought up this very point at the hearing. MP Brine was clearly intrigued by the idea, if not ready to commit to it right there on the spot. “It’s an interesting point, let me think about it,” Brine said. “In a time of tight resource it’s a very direct message.” That’s exactly the point here, that very direct messaging to smokers. It is something that the vapour industry has had to tiptoe around, but things have changed in the UK and the results have spoken for themselves. Now government officials want to build on this and push it further.

Another concept that Mr. Brine spoke about was showing special concern over mental health patients and their propensity to smoke. This is already part of the Tobacco Control Plan, but an area where there is still more opportunity. As Brime explained, “Very few people are permanent inpatients — they soon become outpatients — but, is that an opportunity to talk to them about the benefits of  e-cigs? Absolutely”.

Clearly there are numerous angles where vapour products can be used to help the public. It is always refreshing to see discussion on this topic and, again, it comes sometimes in direct opposition to what we have seen in other places in the world. Vaping in the UK is here to stay, and there is now active government urging to push it forward and expand policy beyond where it is already. This is something that is great for vaping, but more so it is great for the public good in the UK as a whole.