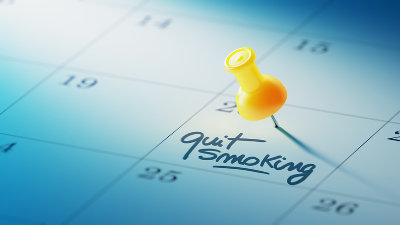 While here in the UK we enjoy some of the best conditions for vaping, it still isn’t ideal. There are restrictions on vape tank sizes to fit the TPD requirements as well as those on advertising, to name a few. We’re in a much better situation than most of the world, that’s for sure. Yet, there are some MPs who say this isn’t enough. They’ve come to the conclusion that that the UK can go further with vaping. Who are we to disagree with them, right?

This all came out as the result of the House of Commons Science and Technology Committee. They recently published a new report that includes some very clear recommendations as to what the UK should do with vaping. It isn’t enough that vaping has been declared 95% safer than tradition tobacco smoking . There are still hold ups that prevent vaping from taking a further grip on the smoking problem that exists in the UK. With an array of misinformation out there, many concerns about vaping have stunted even further growth.

MP Norman Lamb, the chair of the House of Commons Science and Technology Committee, is determined to upend these unfounded fears. “Concerns that e-cigarettes could be a gateway to conventional smoking, including for young non-smokers, have not materialised. If used correctly, e-cigarettes could be a key weapon in the NHS’s stop smoking arsenal,” stated MP Lamb in the committee’s report.

While touting the potential of vapour products to completely change the landscape of smoking in the UK, Lamb and his fellow committee members drew up ways to further encourage vaping. Should the UK take up this expanded plan of action, we may see vaping go into further overdrive here.

The Vaping Plan of Action

The recommendations of the committee really boil down to some rather obvious next steps and, as our headline indicates, it is an attempt to let vapers vape. One specific area of concern was the restrictions of vaping in public arenas. We’re talking about buses, trains, offices, etc. While there are many places that still stick vapers in with smokers, the committee insists this needs to be re-examined. “There should be a wider debate on how e-cigarettes are to be dealt with in our public places, to help arrive at a solution which at least starts from the evidence rather than misconceptions about their health impacts,” notes the study.

Another in the attempts to let vapers have more vaping freedom is reconsidering the ban on tanks larger than 2ml. This restriction came into place with the TPD, but the UK doesn’t necessarily need to follow this. The study found that, “The limit on the strength of refills should be reviewed as heavy smokers may be put off persisting with them—and the restriction on tank size does not appear to be founded on scientific evidence and should therefore urgently be reviewed.” We’d be happy to see this change that is more of a nuisance than anything, especially since it doesn’t appear to help in any way.

Finally, the committee also took aim at restrictions on advertising. The fact that electronic cigarette makers are prohibited in many ways from touting the benefits of their products prevents them from gaining further traction. The current rules are in place to make sure nobody is misled in terms of what vapour can do, but in the end it may simply stifle the conversation on how vaping has simply changed so many lives.

There were several other points the study makes, but the above were the most pertinent and have the most potential to really change things. We do live in a country where vaping is readily accepted compared to others, yet we shouldn’t accept that as sufficient. If there are ways to increase the public’s understanding and exposure to the benefits of vaping over smoking , then we would all be better off. Certainly that’s what the MPs on the Science and Technology Committee think, and who are we to disagree with them?