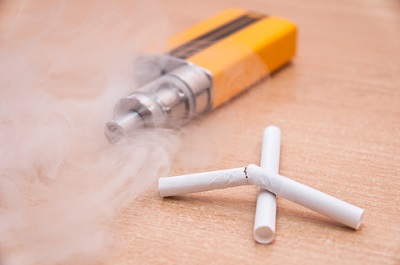 Is vapour the key to making the switch? For years now that has been the primary question as electronic cigarettes and vapour devices have flooded the market with big hopes. Despite the fact that millions of people have already done what they never thought was possible, make the switch away from tobacco cigarettes, there are still doubters. There are still plenty of naysayers. Not to mention the large amount of misinformation.

What the vapour industry needs is even more validation to the clear trends we have been seeing. One way to get there is by research. These studies take time and money, but in the long run they help create a clearer picture for those who don’t see it now, or refuse to see it. Vapour is the key to making the switch; we know this from our own experience and from that of our customers. It’s something we know in our hearts, too.

But it doesn’t hurt to see more studies back up what we already know. It looks like we are getting 2017 started right in that sense, as a new study coming out of Ireland has been affirming the trend we have been seeing. This new study is called a health technology assessment (HTA), and it was published recently by the Health Information and Quality Authority (HIQA).

The concept of this particular study was to look into the cost-effectiveness of electronic cigarettes and other vaping devices. It’s an interesting angle from which to view the advantages of vapour, even though we all know that you can save a great deal of money by making the switch. That point came up very painfully last month, as we observed Christmas getting more expensive, but vaping (thankfully) did not . So, while the answer to this question seemed obvious to us, it was the first time it was reported on in Europe. We expect to see more, too.

Even with this one study we can see the massive effect vapour can make on the lives of so many. The HIQA sought out the answers as to what vaping does to help those who want to make the switch from their current habit. “Hiqa’s analysis shows that increased uptake of e-cigarettes as an aid to quitting would increase the number of people who successfully quit compared with the existing situation in Ireland, and would be cost-effective provided that the currently available evidence on their effectiveness is confirmed by further studies,” said agency director Dr. Máirín Ryan.

To sum out that statement from Dr. Ryan – vaping helps, period. It’s the kind of answer that is dawning on many around the world, and these types of studies only further that fact. Among other findings, the study concluded that use of the drug varenicline, which reduces smoking withdrawal symptoms, was aided greatly with another form of nicotine, such as from vapour. Adding vapour to their plan helps create a more cost-effective strategy for those trying to make the switch.

This is a huge finding for Ireland, where the government pours over €40 million annually into assistance for smokers who are attempting to change their lifestyle. If vapour devices can create a financial incentive for them, and the government, we may see a friendlier and more understanding approach to vaping.

That’s really the best byproduct from studies like these. They increase the knowledge of those who aren’t directly impacted by the vapour industry, and cements the thoughts those of us who are involved already have. Basically, it’s another piece of evidence as to why vaping is so important for society as a whole. It’s a contribution we are proud of, as we serve up premium vapour options for our customers who are well on their way to embracing a new way to live their lives.