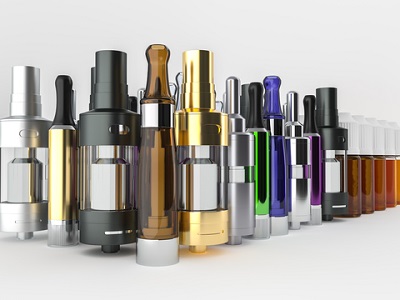 Just the word atomiser can make some of us smile. After all, this little device unleashes so much of what we love. It is, in essence, the engine that drives our vapour machines. If you aren’t quite sure yet what an atomiser is and what role it plays in vaping, you’re in luck. We’re going to give you a rundown of just that, along with the different types of atomisers currently on the market.

We really do mean it when we call them the engines of vapour. An atomiser is basically the device that will convert your e-liquid into vapour. You have three basic elements that you need in a vaping device. First, you need a battery to be your power source. Second, you need a tank to hold the e-liquid ( unless you’re dripping that is). Third, you need something to take that power from the battery, and the e-liquid from the tank or cartridge, and create that magical vapour.

Typically, when we say atomiser, we are imagining what some call a coil head, which holds a coil that is heated. Yet, the coils themselves can also serve as an atomiser in certain setups. All of this can vary widely, but the general idea is still the same. Let’s put them into 3 major categories to make it easy.

Ready to Use Atomisers

These are the atomisers you’ll probably encounter the most often, aside from the single-use type we discuss below. The ready to use type is just as it sounds. You’ll be able to take one and simply swap it out for an expired atomiser in your existing vaping device. Or you may change them out if you want to do some sub-ohm vaping. It’ll come ready with a wick, so it is very straightforward. Using a quality atomiser is hugely important as it will affect the amount of vapour you produce and may even affect the taste.

These are probably what we would consider more advanced atomisers. That doesn’t necessarily mean they are better, as ready to use atomisers can produce great vapour, but they will take more expertise. With these atomisers, you’ll need to build your own coils and wick them yourself. It can be a hobby for some, but frustrating to others. It all depends on what you are looking for. Some like being able to re-use their atomiser so much and tinkering with it. Just make sure you really know what you are doing here and can avoid problems such as leakage.

Perhaps the most widely used atomisers are the ones that nobody really sees. That’s because they are built directly into single use e-liquid cartridges. With the advent of the so-called “2-piece” electronic cigarette came disposable atomisers as well. With these, you don’t need to worry about cleaning them or any clogging. You’re only going to use them for the life of the cartridge, so there is no fuss at all. Premium cartridge-based systems are a popular first step for those entering the world of vaping, so many people won’t even know there is an atomiser inside. There is, and it certainly does its job!

The type of atomiser you use of course depends on the device you end up using. It’s important to understand the different types out there, even if you plan on sticking with what you’ve been using. In the future, you may consider other vaping devices if your goals for vapour change.

Even if you’re sure that you’re good with what you have, you should at least have some reverence for this little device. Before vaping came along, people had very few options for changing their lifestyle. The atomiser is one of the keys to the evolution of vapour and for bringing vaping to the masses. Millions of lives were changed because of this one little invention, within a little invention in its own right called the electronic cigarette. The engines of vapour as we like to call it. Thankful are we that we have them and that they drive this world of vapour we live in.