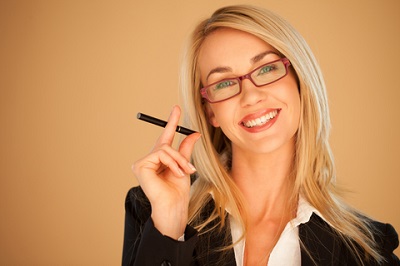 This is a story that would have made absolutely no sense just a few years ago. The very idea that so-called Big Tobacco companies would be lobbying to be taxed more, not less, is a bit mind-boggling. In fact, any company from any industry that comes out in favour of the government taxing their own products would be met with the most bizarre stares. Who encourages the government to make their product more expensive for the consumer to buy, while not adding anything to their profits?

Apparently, Philip Morris is that company. In a budget submission sent recently to Chancellor Philip Hammond, the Big Tobacco company stated that they “support proportionate tax increases.” This was reported on in The Telegraph and gave us an inside look on the monumental change occurring within the tobacco industry. We’ve heard Big Tobacco companies like Philip Morris give lip service to harm reduction from cigarettes before, but this time it appears to be more than that.

The 4-page submission explained their position further. “Our priority is clear – to switch, as quickly as possible, hundreds of millions of adult smokers across the world to less harmful alternatives than continued smoking.” This is purportedly the reason why the huge corporation is in favour of the government placing a higher excise duty on their own products. The goal is harm reduction, which is “an essential element of public health policy, and fully endorse regulatory and fiscal policies” that encourage smokers to make a switch away from cigarettes.

Is that really it? Is Philip Morris and perhaps other tobacco giants so in favour of harm reduction that they would risk a decrease in sales of their own products? Well, that may be taking it a bit too far now. What might be closer to the truth is that they can see where things are headed, and where the future of their own companies lie.

Yes, this is absolutely about vapour. By now, every major tobacco company has either created or bought an electronic cigarette or vapour brand of their own. The writing was already on the wall, and this time they preferred to get ahead of the curve. It doesn’t hurt that something like this will surely make them look good, after decades of being the industry most associated with evil.

As it is, Philip Morris claims that their priorities are now to encourage people to switch away from their historical bread and butter product. “While there is no substitute for quitting, we believe that harm reduction (i.e. promoting safer alternatives to those who would otherwise still smoke cigarettes) can bring significant public health benefits,” read a section of the submission.

Surely Philip Morris and other tobacco companies are looking at the industry and realising that the future is vapour. More than that, they can see this future is already here. There isn’t any point in fighting it. Rather, they should be fighting for it, even if that means fighting against their current line of products. In the long run, this is the smart and tactical thing to do.

Maybe all of this sounds a little cynical, but on the other hand it would be more than a little naïve to think that they aren’t thinking of their future bottom line. This is, after all, a company that has historically been fabulously good at turning a profit. Even as the number of smokers has declined, they always found a way to make more money. Now that way is to hop on the bandwagon of vapour, at least that is how it appears.

“We want to move towards a smoke-free future and a lot of that is incentivising people to move across from cigarettes to something that is less harmful,” explained Peter Nixon. As the UK managing director of Philip Morris, Nixon has a very good idea of how the company wants to position itself in the future. By this statement and their overall encouragement of taxing cigarettes, Philip Morris has been showing us that they believe vapour is the key to their future, and that future is now.