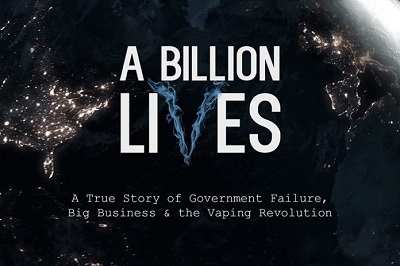 It’s true, the world of vaping has reached far and wide. It’s gotten out there faster than many had expected, and yet the estimates are that it is set to grow even further in the coming years. Electronic cigarettes and vaping devices of all kinds have touched a nerve in many and they’ve created a real revolution of sorts. With that sort of critical mass has come more attention, and with more attention come good and bad aspects at the same time.

What we mean is that, although vaping has become so popular with so many, there are still many more that either don’t know it or don’t understand it. It’s easy to be misunderstood in a society that is constantly counting on more data in less time. That has become an opening for a lot of misunderstanding over vaping and what it could be. In some circles, vapour has even gotten a bad rap.

The battle for the image of vaping and vapour devices is still underway. Along with it, there are simply a lot of people out there who don’t know all that vaping could do for them. It’s our job to inform them of what electronic cigarettes or other vapour products can do, especially V2 Cigs products that could come in handy. Sometimes it doesn’t seem to be enough, as there are still so many to reach. But there is hope and there is aid on its way, in the form of vaping documentaries.

A Billion Lives and More?

If you hadn’t heard already, there is a popular documentary making its way across America and the world. It’s called A Billion Lives; with the title describing how many people can be positively affected by vaping. The move really gained some steam in the last few months, with a high point coming in September when it won an award at the Jozi Film Festival in Johannesburg, South Africa.

The film’s producer, Aaron Beibert, accepted the award from the Best International Documentary Film category. Beibert created the film in an effort to shed light on the vaping industry and the potential that it holds. In making it, he travelled across the world to interview different authority figures to give his audience insights on what was actually happening in the world of vaping.

Viewers learn about the different challenges facing vaping, as well as the immense potential it holds. More than anything, it gives those that know little about electronic cigarettes and vaping on a whole a more balanced perspective. Obviously, this has value to the public as well as those trying to shape where the industry will go from here. It’s an excellent resource, and it reminds us how big of an impact films can make.

So, is it possible we will see more documentaries on the topic? It stands to reason that because of how popular the topic is, we may get more features on it, whether it be in film or television. The fact that electronic cigarettes have begun to show up on TV and at awards shows like the Oscars and Emmys goes to show how vapour has become a part of our culture. But those types of examples bring a different type of attention than that of a documentary.

Beibert’s film, whether it speaks to you or not, broadens the conversation beyond pop culture. That in and of itself is important, because the discussion over vaping and the shaping of its future is still ongoing. At the very least, it will educate people that know nothing about vaping, and bring it into their consciousness.