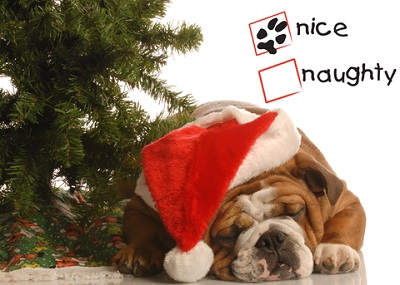 Poor Spot. Or Max. Or Buddy. Whatever the name of your furry friend, you should know he or she is suffering. You’ve gotten to know them well over the years and you can just about tell what they’re thinking now. But you still don’t know exactly what they are trying to communicate to you. Not all of the time, at least. So, when they give you a bark for no reason, or a curious meow that you just can’t quite figure out, it may be their complaints about your smoking.

Okay, so maybe they aren’t looking up at you and openly protesting the tobacco cigarette habit you have. They are unlikely to be aware of how it affects you or those around you (although they’re certainly not thrilled with the stench it brings). You, however, are. It may be that you’ve put those concerns aside, or decided it was too hard to make a switch, but those are decisions related to you and those around you. But did you know that your poor Chihuahua Lucy is also in danger?

While there aren’t many studies yet on the effects of secondhand smoke on pets, there is enough data for the Food and Drug Administration to have come out with an advisory. They are urging smokers to take their pets into consideration, because studies have shown that they are being harmed just as much as humans. “Smoking's not only harmful to people; it's harmful to pets, too,” said FDA veterinarian Carmela Stamper in this article on the Daily Mail Online. If you’re a pet owner, you need to think twice about your smoking habit, and at the very least where you are smoking.

Dogs and Cats at Risk for Cancer

Our furry friends are at risk for cancer due to tobacco cigarette smoke. As was written in the Daily Mail Online, “Secondhand smoke can cause lung and nasal cancer in dogs, malignant lymphoma in cats and allergy and respiratory problems in both animals, according to studies done at Tufts University's School of Veterinary Medicine in Massachusetts, Colorado State University and other schools.” This is partly because of how our pets interact with their surroundings, which are our surroundings too.

Tobacco smoke residue collects in a smoker’s house in different places. It collects in dust, as well as carpets and rugs. These are places where our pets spend a lot of time, and thus have a great deal of contact with. It gets on their fur and it sticks. So, in addition to breathing in your secondhand smoke, they’re also getting this residue stuck in their fur. The additional problem here is that animals are prone to licking their own fur, meaning that they will actually be ingesting this smoke residue as well.

Cats in particular groom themselves often by licking their fur, so it’s no surprise that felines who live with smokers are four times as likely to develop cancer of the mouth. That’s not to say that dogs are left out. A dog’s nose acts as a screen against toxins, and thus dogs with big ones are more likely to develop nose cancer. Dogs with smaller noses aren’t left out either; because they’re not able to screen out as many toxins, it means the smoke will head into their lungs. These are the dog breeds that are more likely to develop lung cancer.

These are simply things most animal owners don’t think about. It’s not that they don’t care about their pets, it’s just not part of the conversation. It should be, and at the very least they should know what risks they are putting in the way of these creatures they often treat as their own children. This is something that should get the attention of any pet owner who is a smoker.

It may also serve to push these smokers into a change. If they haven’t seen a reason to do so before, maybe this will be that last push they need. For those who are looking for an alternative, vapour devices offer the flavour and satisfaction they are used to, without many of the drawbacks. There’s no better time to try one of our V2 vape kits and see what all the excitement is about.