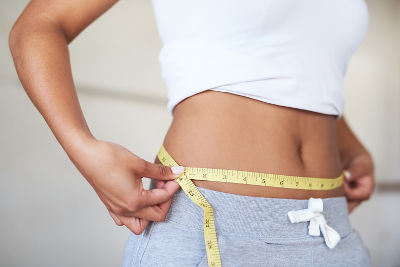 Stop smoking, and your weight balloons. This is a problem almost every smoker understands if they’ve ever tried to quit. In fact, it’s one of the reasons that smokers may stay with tobacco cigarettes even though they know how terrible it is for them and are longing to stop. The weight gain that often accompanies quitting smoking can be a huge obstacle. This is especially so for women, who have to deal with societal imposed ideas of beauty and can suffer from body image issues to begin with. Throw in the added kilos from smoking cessation, and the challenge becomes mammoth.

This is a problem that not enough people are talking about. If you’ve ever met up with an old friend who had quit smoking since you last saw them, you might remember being taken aback. Quite often it was smoking that had kept them from eating more than they should, and thus kept them with a slim figure. With that gone, the person you were used to seeing is gone – replaced by someone who may even be clinically obese.

This isn’t a rare thing. It seems almost everyone has a friend like this, so you’ll know what we mean. Whether they talk to you about their weight gain or not, it’s safe to say that it is on their minds constantly. It can gnaw at the most well intentioned ex-smoker, until they finally break. Between choosing to smoke that has its own taboos, or choosing to be overweight that has many more social stigmas, they choose the latter.

Why is it that there is such a correlation between the two? The most basic answer is nicotine. Plain and simple, nicotine is an appetite suppressant. If you smoke, you are suppressing your appetite whether you want to or not. If you stop, the food cravings will naturally increase.

First of all, we want to make clear that we are not describing vaping as a diet regiment. We’re neither certified to make such a statement, nor do we think that vaping is a panacea for keeping one’s weight down. That’s not the point of this article, so let’s just make that understood. What we can say is that there appears to be a correlation between smokers who have  switched to vaping, and those who haven’t, with regard to weight gain.

We aren’t the only ones who think this either. Marewa Glover, Bernhard H Breier, and Linda Bauld studied this connection and disclosed their analysis in a paper appearing in the academic journal Nicotine & Tobacco Research . They essentially propose that vaping could help fight obesity, which is in line to overtake smoking as the number one cause of preventable illnesses. The reasoning is that, while stopping smoking is probably the best thing you can do, the weight gain that often follows is really rather horrible for you too.

Nicotine as an Appetite Suppressant

Making a switch to vaping, on the other hand, allows you to not immediately shut off nicotine as the appetite suppressant. That leaves your body better ready to take on the next task, which might be to taper off your use of nicotine entirely over time. Remember, nicotine has an unfounded bad reputation, which is a result of being so closely associated with smoking. Yet on its own, nicotine has its benefits too.

One of them would be the ability to keep food cravings at a minimum. Again, we wouldn’t recommend picking up vaping just for this reason. But if you’re a smoker who has tried to stop, and dealt with that almost instant weight gain, there is every reason to give vaping. a chance. Vaping is easy for beginners , and in addition to making that lifestyle change you’ve always dreamt of, you can keep the extra kilos off of you too. That’s why you no longer have to choose between smoking or weight gain.  Choose vaping, every time.