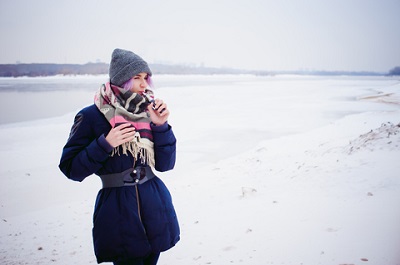 Did you feel a pinch in your wallet this year? If you did, you aren’t alone. While it may seem that Christmas gets more expensive every year, it’s not just you complaining this time. No, this year is simply more expensive for Britons, with the Guardian blaming it on the so-called Brexit blow, as well as general price hikes. That means we simply have less purchasing power and that has made for an expensive holiday .

Generally, a household in the U.K. will spend about £500 more in December, but that money has simply not gone as far this year. For example, Christmas pudding is 21% more expensive this year compared to last. Artificial trees are also more expensive, due to a 46% jump in the cost of steel. While items such as a Christmas jumper or a nip of whiskey haven’t risen very much, electronics such as iPads are selling for more this year because of the weakness in the Pound.

If you think it’s bad this year, just wait until next. “Generally the drivers of food inflation are what’s happening in global commodity markets and recent movements in sterling,” said the Retail Economics analyst Richard Lim. “This side of Christmas retailers are holding back some of the inflationary pressure they are feeling from suppliers and manufacturers because it is a fiercely competitive environment. Next year we expect food inflation to rise fairly steeply because of sterling.”

That’s not good news for any of us, but it’s something we may have no choice but to get used to. The future will probably mean budgeting our money even more wisely than before. If you thought you had to learn to be frugal before, get ready for much more of that. There’s no point in looking for blame at this point, and so the search for solutions take a spotlight.

Yes, vaping can and will help you balance your budget. If that seems like a far-fetched idea, ask yourself how much you are actually spending on tobacco cigarettes right now. As prices have kept rising on cigarettes, Christmas or no Christmas, you’re probably up to doling out £8 or £9 per pack. If that’s a daily habit, we’re talking about £3,285 a year. That is no small part of your budget, and it’s likely to keep rising.

In fact, it’s already gotten to the point where Britons have tried ways to get around these prices. Even as far back as 2014 we saw a rise in people smuggling back cigarettes to the UK after traveling. Yes, the situation with the cost of tobacco cigarettes has gotten that bad. If you’re a smoker, you’ve got a great deal less money at the end of every year.

On the other hand, if you make the switch to vaping, you’ll have a lot more left over than you would imagine. Depending on your usage, you should be able to easily save thousands of pounds per year. Thousands! Imagine next Christmas when costs go up for everything, but you got a head start by saving thousands up to that point by vaping. What a relief that would be to have those extra funds in your bank account.

Of course, that isn’t the only reason to make a switch to vaping. We can go on and on about the lack of smell and the fact that vapour is just so different from smoke. We can even tell you about how it will benefit your pets . This time of year, as we wrap up 2016 and look forward to a new year with its own challenges, we bet you are thinking about your money. We are too. There’s simply no time like the present to pick up one of our vape kits and see for yourself how satisfying it can be, and set yourself up for a year of savings in 2017.